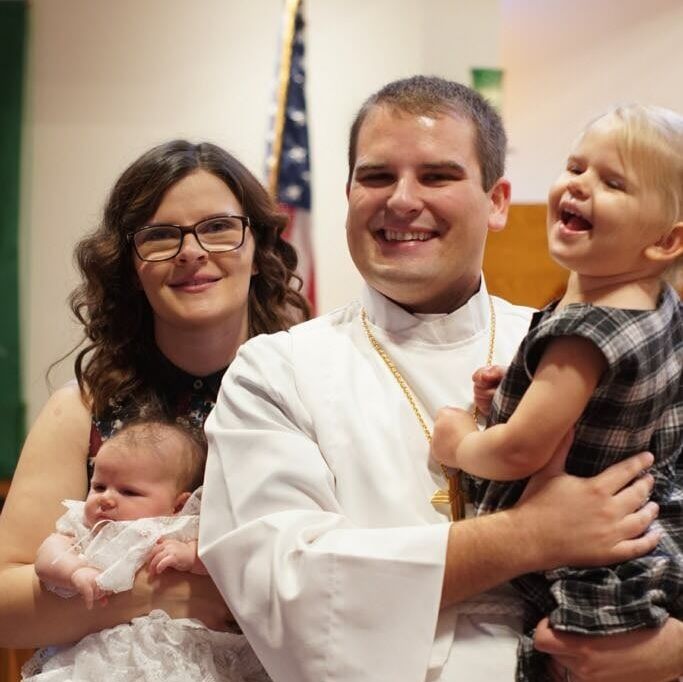 Andrew Simpson was born on August 10th to Michael and Jeanine. An older sister was awaiting his arrival, and a younger brother would come later. He grew up in Warren just outside of Detroit, and on a family trip to the tip of Michigan’s thumb, he met his wife Holly.

He joined the Lutheran church in high school. Between church services, Bible studies, and youth retreats, Andrew developed a relationship with the God who gives him life. It was at this time he decided he wanted to become a pastor. He graduated from Oakland University with a major of Communication and a minor of Judaic studies. As part of his minor, he excavated a Biblical site and appeared in a short documentary about archaeology and Israel. In 2016, he would enroll at Concordia Seminary in St. Louis and marry the sweet girl he met up North. Together, they have two other little adventurers, Anastasia (June 2018) and Amelia (December 2020).

In his free time, Andrew can generally be found riding his bike or reading a book (though rarely both at once). He is an Eagle Scout and has a love for all kinds of outdoor activities. His family enjoys braving oceans, lakes, and rivers, and also watching action-adventure movies together, perhaps starring a superhero or even an adventurous hobbit. They also delight in raising their young daughters, reading them stories and going for walks.

Andrew’s was Ordained July 18th, 2021 at his home congregation, Faith Lutheran Church in Troy, MI. His installation at Our Savior Lutheran Church was held on August 1st, 2021. 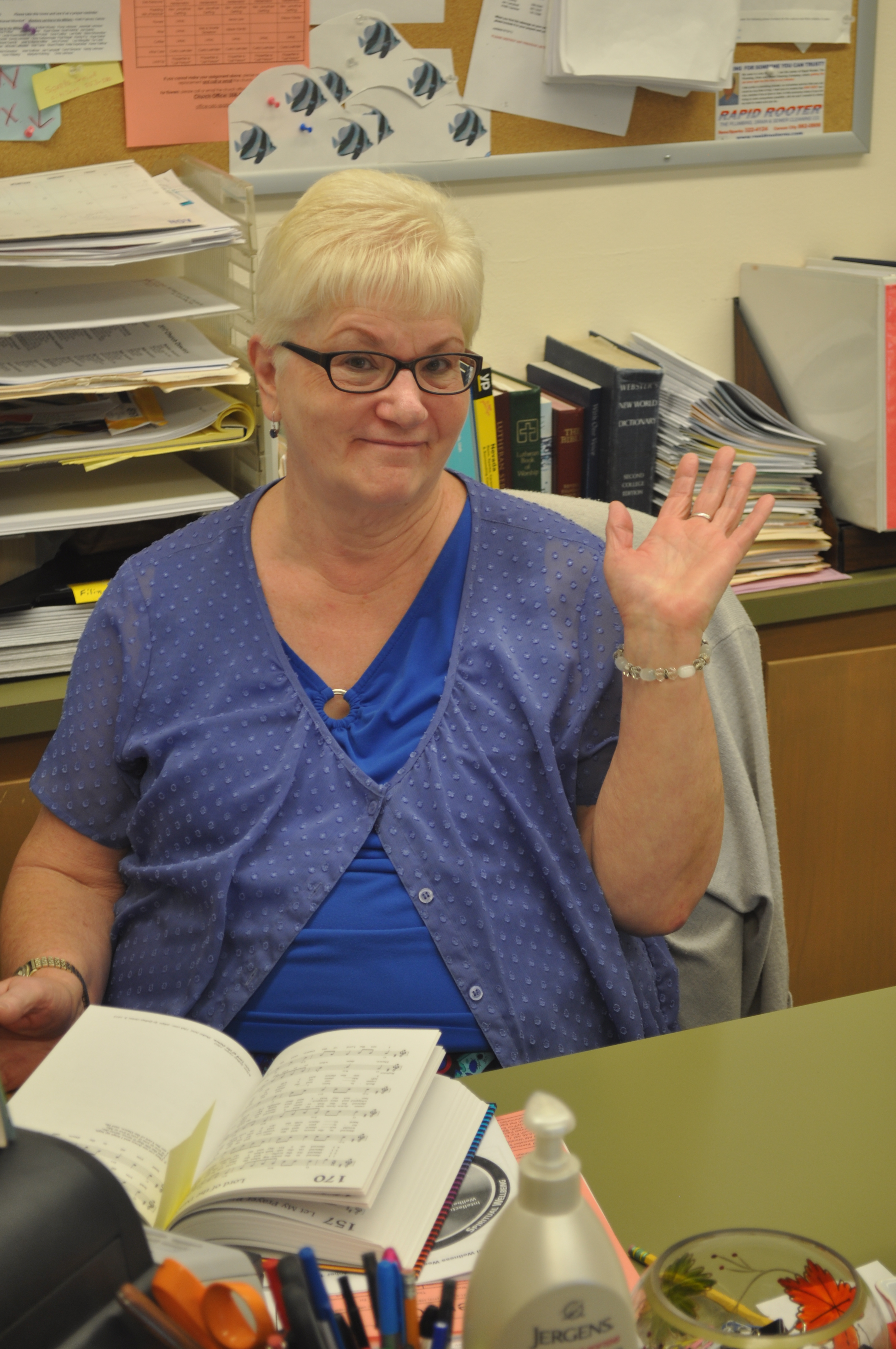 Faye has been on staff since 2011. She has taken classes from the University of San Francisco, American Institute of Banking in San Francisco and Truckee Meadows Community College in Reno, Nevada. Faye enjoys reading, crocheting, watching TV and taking care of animals.